As part of my RF gear I’ve purchased an old Heathkit HA-10 Warrior.  It was $300 at HRO on consignment- a square deal in my book.  It has four 811A tubes and is designed to produce about 1,000 watts.  I was lucky in that mine was already modified with a transmit / receive relay installed.  It was a stealthy mod, the RCA jack once used for RF sample is now an unlabeled relay interface connect. 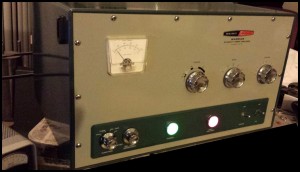 I was immediately impressed by the filament and plate transformers.  While not nearly as big as the one in my Henry 2K-3 it’s pretty heavy for sure.  We tend to think that years ago folks tended to overbuild.  I think it’s perhaps more accurate to state that it was designed for reliability.  These were not disposable goods. 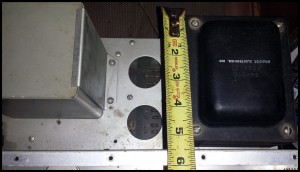 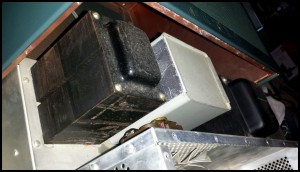 Like many other linear amps however, mine came with a partially burned out band selector switch.  Though pretty toasted there was still contacts made on all bands.  I chose not to wait for the final sparks and looked for a replacement. 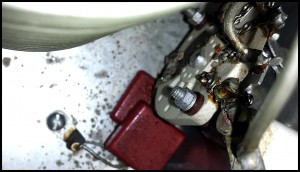 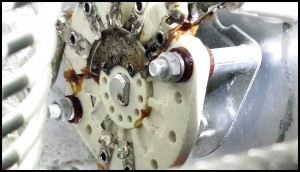 I soon discovered that these are no where to be found- and is unique enough that standard ceramic RF switches just wouldn’t work in this application.  I found a list of folks that work with old Heathkit gear and one gentleman offered to build me a replacement.  With only a photo- no measurements- Lou Parascondola, W1QJ, built me a replacement switch.  gudguyham@aol.com   Now keep in mind this isn’t fancy china or FABERGÉ,,,nor was I looking for such.  It was built with used but good parts, and it works perfectly.  This goes back to before the word “recycle” became so popular.  As a kid ALL my parts were “take offs” from something.  Just terrific to find someone else that’s less worried about a scuff mark and more concerned with building it right. 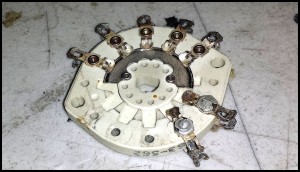 So with parts in hand I began to tear down the Heathkit HA-10 Warrior.  It all went pretty smooth, and I’ve finally learned my lesson – take LOTS of photos of the obvious…later it’s not obvious, it a bitter mystery.  And as I took my amp apart the old band selector switch broke into two halves. 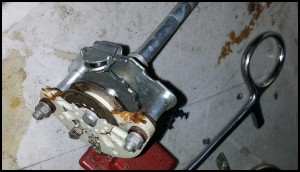 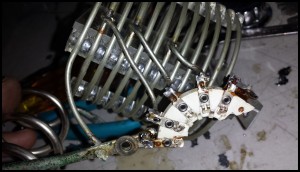 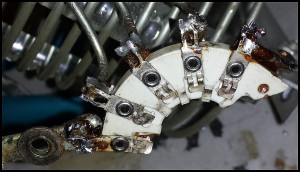 Was I clumsy?  Probably.  But I caught a glimpse of something odd- GLUE!  The old switch was glued together!  I have no idea if it broke in the original build, or later…but the ugly brown adhesive tells the tale.  Not sure if this is what caused the burned contacts or not, will have to examine it later.  Here’s the new one going in. 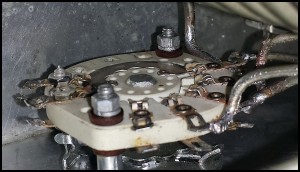 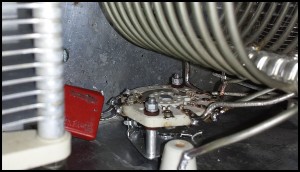 It was a fun job, wouldn’t be doing it if it’s wasn’t.  Sincere thanks to Lou Parascondola W1QJ  gudguyham@aol.com –  Lou sent me about 10 emails and replied to EVERY one I sent to him…and turned this around in a couple of days.

To me, this is the best part of amateur radio. Fixing gear, meeting decent folks, and a strong-clean signal. 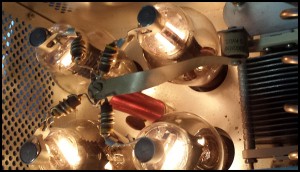