Well, I decided to buy an SDR radio.  With limited choices in the marketplace I picked the Apache Labs Anan 10E.   I should have heeded the warning signs…  Others have written of quality issues, the software is open-source, it’s made in India.  Nothing against India, but it’s not a country know for it’s high tech.

Here’s what the box looks like- it was enough of a clue that I took a photo before opening it.  I had a sinking feeling just looking at the box. 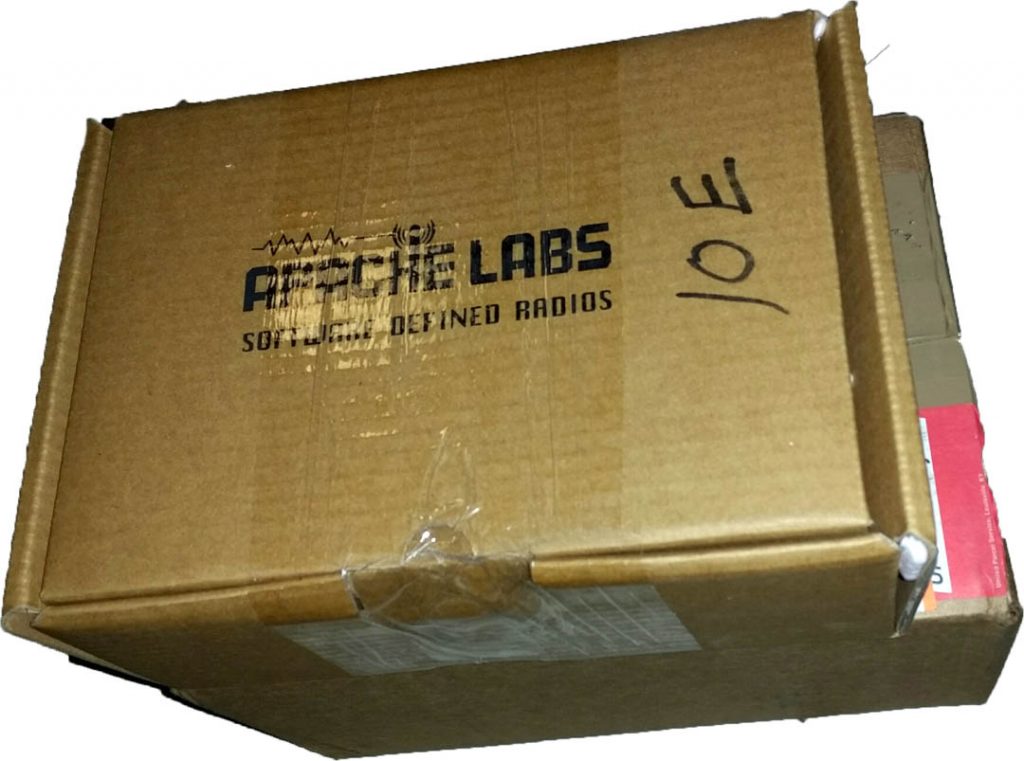 I bought this from HRO- have had very good luck with them in the past, I’m lucky to have a store about 20 mins away. 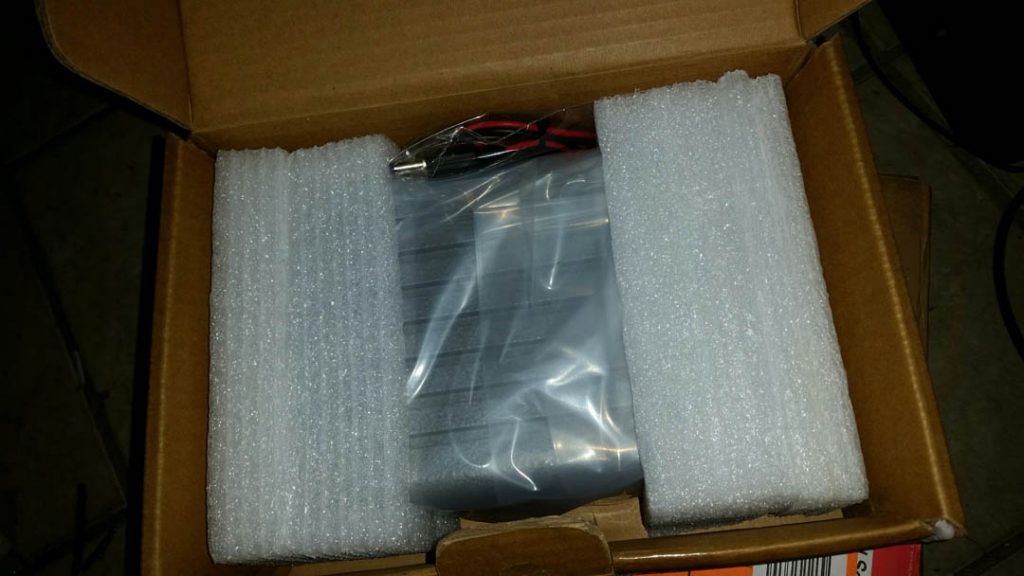 I look at the radio and see blemishes on the front panel paint…and a model that does not match the radio.  ANAN-10…not ANAN-10E 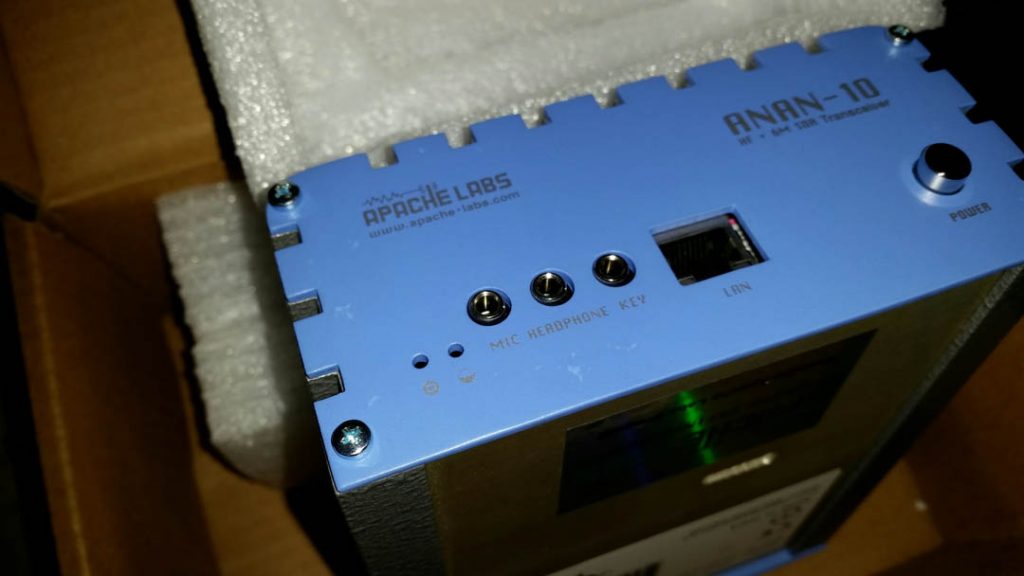 I had heard years ago that if the restrooms in a restaurant are filthy, so is the kitchen.  What does a poor paint job on a radio tell you?

The back of the radio was a little better. 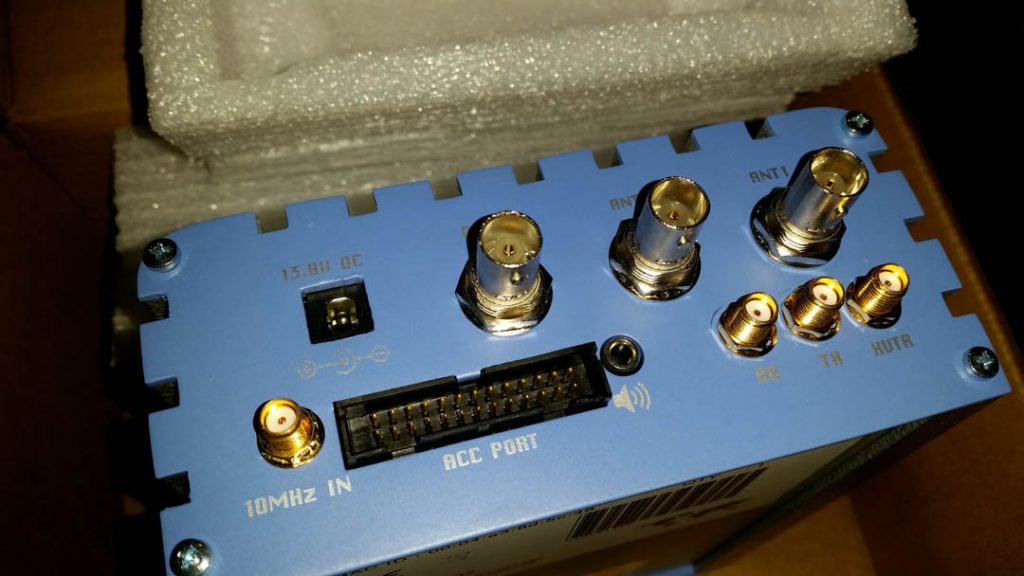 I powered up the Apache Labs Anan 10E, it was easy enough to connect it with the opensource, Power SDR, software. On the front panel were two flashing lights.  The online manual does not describe the function of these lights, like many features of this radio it required a Google search to decipher.  Turns out one is power and the other flashes to signify it’s operating.

The boot time is very fast, the software fairly intuitive.  So how does it perform?

I should have made recordings of the receiver A/B with my Kenwood TS-480.  The Anan 10E is no match for the Kenwood on low level signals.  When trying to pull a distant station out of the mud the Kenwood smoked the Anan.  I had expected the opposite, which is one reason I bought this mutt.  You are able to reduce noise around the distant station better with the Anan, but the actual distant audio is still far easier to copy with the Kenwood.  Maybe I didn’t spend enough time playing with the filters?  It’s possible,

There are two very interesting features on this dog of a radio-  the predistortion …think pre-emphasis…it’s an RF feedback from a directional coupler you supply that will sense the linearity of your RF chain, and correct for deficiencies giving your station a very linear output.  I never got that far..but it’s a terrific feature..if it works.   There is also a dual receive antenna phase shift that is designed to reduce background noise if such noise is in a fixed direction.  I did not try this feature, this would seem good for folks near an RF noise source.

Another great feature is the variable xmit bandwidth, perfect for ESSB…and an ESSB preset was included in the open source software. The xmit audio sounded great- both directly from this hound of a radio and from near and distant monitoring.  My tests were cut short by a total failure of the RF output.

I spent hours trying to figure out why the RF quit.  I reloaded the software, flushed the database, reloaded the firmware…nothing.  Tested had to end…

This is where it pays to buy from HRO.  I called the store in California where I bought this- Oakland and the sales folks were sympathetic, not problem with a return and ok to bring it back locally.  Of course I’m out the $85.00 I spent to have this overnighted.

No I’m not feeling lucky.

Where do I go from here?  The Icom 7300 has no external monitor for a large display…my Kenwood with Ham Radio Deluxe and a pan adapter is better than what I see in the Icom.  Elecraft, Flex?  I’m still looking.  As to Apache Labs, it’s possible I got a bad one and the others are decent…I can’t spend the time or money to find out.  The reality is that the 100B should be priced where the 10E is, under $1,000.  This is NOT a name brand, has almost ZERO support, has quality issues.  For all the risk and pain these need to price much lower.